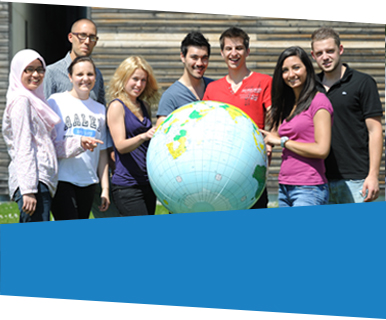 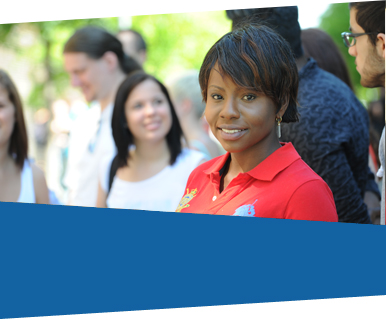 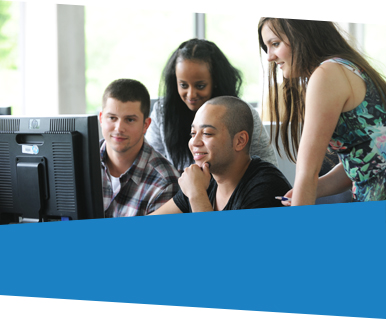 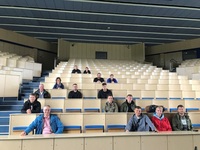 Tu, 12. July 2022 → In the summer semester, students of the master's program "Product Development and Manufacturing" went on an excursion to Pilsen in the Czech Republic. Visits to companies such as the car manufacturer Škoda, insights into research at the University of West Bohemia, a tour of the brewery - students had a diverse program in which cultural exchange was not neglected. The excursion to Pilsen was a building block for the relationship in research and teaching between the two universities.

Fr, 08. July 2022 → Sixteen international students at Aalen University from Argentina, Belgium, Brazil, India, Italy, Mexico, Portugal, Spain and the USA were honored as Honorary Ambassadors of the East Württemberg region during a ceremony at the District Administration Office last Friday and received certificates from the Deputy of the Chief District´s Executive Karl Kurz. Honorary ambassador status is achieved through participation in the East Württemberg Honorary Ambassador Program, which was launched in 2017 by the four state universities in the East Württemberg region and the business development agency Wirtschaftsförderungsgesellschaft Ostwürttemberg (WiRO). 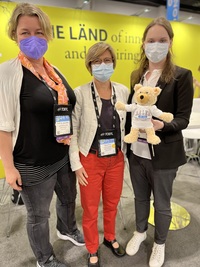 The INTENSE project team at the BW_i booth "THE LÄND of innovation and inquiring minds" in Denver, USA. Photo: Private.

Fr, 24. June 2022 → To re-establish relationships with partner universities on a personal level after the Corona pandemic, a team from the INTENSE project traveled to Denver in the USA for the NAFSA international education fair. The INTENSE project is funded by the German Academic Exchange Service (DAAD) in the HAW.International program and is concerned with the further internationalization of Aalen University.

We, 01. June 2022 → With a ceremony in front of around 150 guests from politics, business and science, Prof. Dr. Harald Riegel was officially inaugurated yesterday as rector of Aalen University. He is the successor to Prof. Dr. Gerhard Schneider, who retired after two terms in office at the end of December 2021. The university welcomed Baden-Württemberg's Science Minister Theresia Bauer as a special guest, who also gave the evening's speech.

Th, 12. May 2022 → The shortage of doctors is increasing, and nurses are also desperately needed. This problem will only get worse in the future. In order to counteract this development, Aalen University, the Ostalb District and the Ostalb clinics are jointly taking the initiative: the new Physician Assistant study program will start at Aalen University in the 2022/23 winter semester. The practical training takes place in the Ostalb clinics.

Top rankings for Aalen University in the nationwide CHE rankingSupport at the beginning of studies, contacts to practice as well as digital teaching elements are particularly praised by students 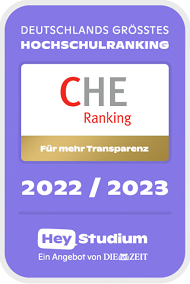 We, 04. May 2022 → Top of the list in Germany: In the current ranking of the Center for University Development (CHE), Aalen University scores very well across all disciplines. In their evaluations, the students particularly emphasize the excellent support at the beginning of their studies, the exceptionally good contacts to the industry and the integration of digital teaching elements. 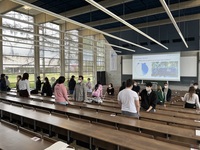 Fr, 08. April 2022 → The Intercultural Club of the International Center at Aalen University aims to bring internationally oriented people together on campus. The first events in the 2022 summer semester as part of the Studium Generale have already taken place. 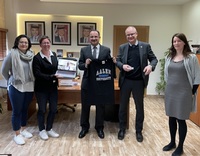 Sa, 02. April 2022 → After two years of no personal contact with the German Jordanian University (GJU) in Amman due to the corona virus, a delegation from Aalen University and the Aalen University Graduate Campus traveled to the GJU to further develop the strategic partnership.

Thank You for Your Donations for Ukraine!Around 50 Cartons with Donations on the Way to Ukraine

Fr, 25. March 2022 → Many thanks to everyone who took part in the private fundraising campaign for Ukraine by employees of Aalen University. Around 50 boxes with food, hygiene items and much more were handed over to the Aalen companies, Geiger and Brucker, on Friday (03/25/2022). The truck is already on its way to Ukraine. A really great campaign in which the Canvas team and many students were involved. Keep it up!

Fr, 18. March 2022 → Even before lectures started, an international atmosphere could be felt on campus, because like every semester, students from all over the world came to Aalen to take part in Aalen university’s International Center’s orientation weeks. Around 60 international degree seeking and exchange students were welcomed and guided around the campus in small groups.
↓ Load next 10 entries

Member of the EUA

As a research-intensive university,we are a member of the European University Association (EUA)