The high-power test bench is used for tests and validation of electric drives. Due to a direct connection to a FPGA based rapid prototyping system, field-oriented controls can be tested. 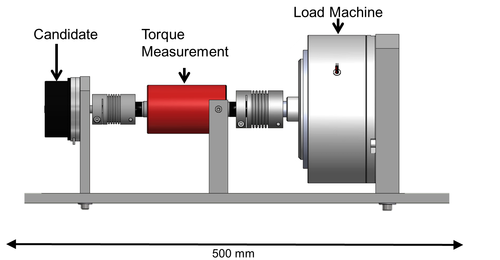 The low-power test bench is used for tests and validation of controls and commutations of permanent magnet synchronous machines. Therefore, a directly connected FPGA based rapid prototyping system is used. 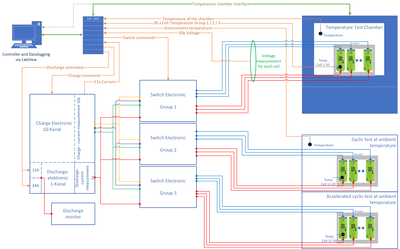 The lifetime of lithium ion cells is affected by two types of ageing: The cyclic ageing and the calendric ageing.

The cyclic ageing depends on the charge and discharge current, the depth of discharge and the ambitious temperature. The cyclic ageing can be easily determined, by a test where the battery is continuous charged and discharge with defined parameters. If, for example, the aged remaining capacity drops less than 70 to 80% of the nominal capacity, the end of life of the cell is reached.

A multichannel charge- and discharge electronic was developed to investigate the lifetime of a battery for a subsea-project, which is controlled by LabView over a DAQ-system. The system is possible to measure precise and fast the currents, voltages and temperatures of each cells and save the measured data for further analysis. Several test groups are aged to show the different ageing mechanisms.

Further test with the cell are carried out with an electrochemical impedance spectroscopy. With this test method, the different ageing effects should be analyzed more precise.

The electrochemical impedance spectroscopy (EIS) is a analysing method to measure the impedance of an electrochemical system as a function of the frequency. The EIS provides information about the state of charge and state of health.

The system requires an analysis-computer, real-time target machine (Speedgoat) to control the transistor half-bridge which generate the sinus current and measure the voltage response, to identify the impedance spectrum.

The system allows to measure the impedance of a battery cell with an accuracy of 0,056mΩ at a frequency of 1 to 1250 Hz. 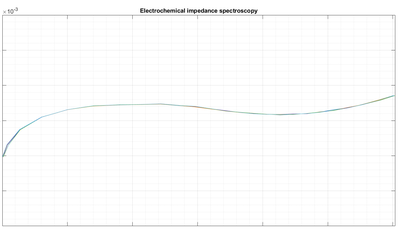 Impedance spectrum of a batterie cell 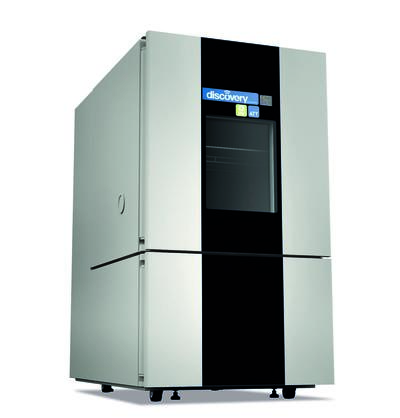 The climate chamber FM340 of the Flower Discovery series from ATT Umwelsimulation GmbH, allows the Institute for High Integrity MEchatronic Systems to execute precise and energy saving temperature test. Components up to a size of 601 mm * 810 mm * 694mm (W*D*H) can be tested at a temperature range of -40 up to 180 °C. Temperature shocks with a temperature changing rate at heating up to 10 K/min and at cooling up to 6 K/min can be performed (-18 °C ... 70 °C). The climate chamber allows also to set up the humidity at a range from 10 up to 98%.

The valve simulator is a 4-quadrant load test bench that can realistically emulate all nowadays available subsea valves (Choke-, Ball- and Gate-Valves). Therefore, the valves characteristics are saved in a parametrizable model. The resulting torques from the characteristics getting initiatied to the servo drive. Additonally, different types of friction can be emulated und self friction gets compensated. Also, further parameters like temperature and power get acquired and displayed. 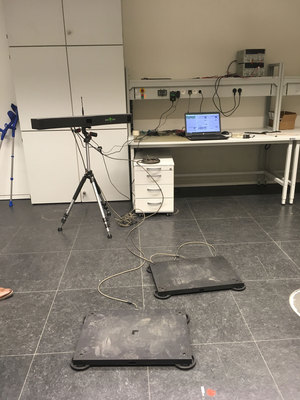 The biomechanical analysis system consists of the Steinbichler MCU and the associated force plates. The system is uses infrared marker for measurements of 3D motion sequences in real time. Additionally, the force plate enables the measurement of the ground reaction force in every direction, which allows the consideration of the movements center of gravity.

To prevent overload of artificial joints or injuries, walking aids were extended with a force feedback function. The force applied on the walking aids gets measured and create a feedback on the patients’ smartphone. The smartphones’ application is used for information processing, forwarding and displaying. As an mHealth system, the smartphone is in connected to the biomechanics cloud which integrates medical staff in the rehabilitation.

The biomechanic cloud provides a database, which archives all biomechanical significant measurements. The data are provided by the measurement devices via a M2M-communication. High performance algorithms can be outsourced to the cloud, to ensure for example adaptive control concepts.

From a clinical point of view, the cloud provides a web interface which is used for analyzing the data. This leads to a personally adapted treatment of the patient.