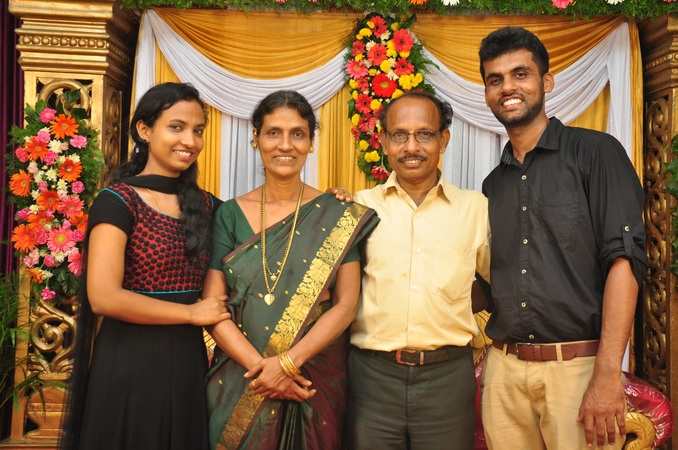 Enrichment for Aalen University on all levels: students Ashwini Alva Navoor and Yusuf Ozan were recognized for their scientific and social engagement. At the digital celebration of the International Center, including the International Relations Office (IRO), the Language Center, the university’s non-profit organization „International Society Aalen e.V. (ISA)“ and the Welcome Center East-Wuerttemberg, they received their prizes.

The 1000 euro Prize of the German Academic Exchange Service (DAAD) for outstanding achievements of international students has been awarded to Ashwini Alva Navoor, a master’s graduate in Polymer Technology. About 60 students, staff, and professors as well as external guests attended the online event. Prof. Dr. Achim Frick accompanied Navoor during his master´s thesis, which he carried out at the Institute of Polymer Science and Processing and where he dealt with the simulation of the interface’s mechanical behavior for plastic and metal combinations. It was also Frick who nominated the 30-year-old for the DAAD Prize and did the laudation for his honoree. In his speech, Frick highlighted the Prize winner’s excellent scientific achievements and findings, as well as his engagement beyond his studies. Navoor did not only volunteer at the university, but also in various nature conservation projects in his home country. Navoor’s parents, who live in India could also participate in the digital award ceremony.

Navoor decided to stay in Germany after completing his studies and is currently working as a product development engineer at TE Connectivity in Ottobrunn, Bavaria. He thanked Aalen University and the Welcome Center East-Wuerttemberg for their support. I wasn´t only Frick who helped him, but also the various trainings and integrative projects such as the International Relations Office’s Family Program. Navoor encouraged other international students to learn German, as this would open the door to the German job market. For Navoor, the award is both a recognition and an incentive: “This award will always remind me that I should continue to get involved, and that I have to remain active as a volunteer. You often forget that once you work full-time. "

The second prize that evening was the “Buddy of the Year” 500 euro award from the non-profit organization ISA, which was awarded for the fifth consecutive year. The award went to the internationally committed master's student Yusuf Ozan, who is studying Applied Photonics at Aalen University. Prof. Dr. Dirk Flottmann, deputy chairman of the ISA, paid tribute to Ozan in a moving speech in which he praised the student's extraordinary commitment. Especially during the pandemic, Ozan provided enormous support to the international students. He not only looked after his own buddies, but also helped many other newcomers with orientation and integration in Aalen. Lubna Al-Hammouri, a student from Jordan, who was at Aalen University in the summer semester of 2021 and who will always remember Ozan´s willingness to help others, thanked Ozan on behalf of all international students