Ultra Trace Analytical Method Development for the Determinations of Organic Compounds in Waterworks, including Coupling Techniques, such as LC-MS/MS; CE-MS and IC-MS for Speciation

In recent decades, the surveillance and the protection of the aquatic resources have been improved and expanded steadily to ensure a safe drinking water supply. The occurence and relevance of organic substances in water beside inorganic, physical and micorbiological qualities became more and more important. Further developments in the field of the analytical control instruments were of essential importance for the purpose of comprehensive water monitoring.

Formerly, water resources have been evaluated by means of sum parameters such as Dissolved Organic Carbon (DOC) or Adsorbable Organic Halogen Compounds (AOX). Since the improvement of analytical instruments and methods, the isolation and detection of single compounds have become feasable even at ultra trace concentrations. In the 1990s the use of the coupling technique of HPLC and a mass selective detector became more and more feasable as a highly selective and sensitive detection possible for polar organic traces in water. Today, many substances were considered and monitored in the aquatic environment such as pharmaceuticals, iodinated X-ray contrast media (ICM), gadolinium-complexes and other relevant compounds. 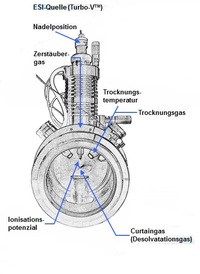 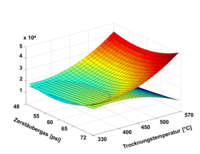 One of the major challenges currently facing water analysts is to achieve direct liquid chromatography/mass spectrometry (LC/MS) detection, i.e. analysis without sample preconcentration of ultra-trace level contaminants in water. In complex environmental samples, the matrix effect phenomenon can occur and thus affect the correct quantification of LC/MS results. One method of addressing this phenomenon is to reduce the solvent flow into the ion source of the mass spectrometer. Recent advancements in the sensitivity of LC/MS instruments have made some of them suitable for the direct analysis of contaminants in the ng/L range. In contrast to classic ultra-trace analysis including sample pre-concentration, direct LC/MS analysis provides considerable advantages:

2.) Determination of analytes, which are difficult to preconcentrate, e.g. iodinated X-ray contrast media, is possible.

3.) Direct LC/MS analysis represents an independent analytical method, which can be used for confirmation purposes.

It is also possible to use highly sensitive LC/MS instruments in combination with sample pre-concentrationt to detect compounds at even lower levels, in the sub-ng/L range.

Our research comprises the use of a highly sensitive LC/MS instrument for the direct analysis of herbicides and some of its degradation products,  iodinated X-ray contrast media, as well as pharmaceuticals, Some of these substances have been applied in agriculture and pharma production for decades in high amounts, whereby others are new in the market.

In recent years, the coupling technique of IC and ICP-MS is used in our laboratories as an orthogonal technique to traditional LC-MS. Lab scale ozonation experiments are additionally performed in order to confirm the results obtained in the drinking water production plant.

According to different aims to which multivariate data analysis can be used diverse chemometrics techniques are necessary:

Exploratory data analysis possesses no prior knowledge about data classification. It is used to recognize and establish the relationship between variables and to check the data set in terms of correlated variables. Goal of unsupervised pattern recognition is to detect similarities. This technique defines the number and type of possible subsets and it pays attention, particularly, to distinguish objects that may cluster together. Third method is an expansion of unsupervised pattern recognition, in a way that an additional data set, called training set, with identified groups is accessible in advance. This technique is used to develop rules that allows to foreseen the qualitative response basing on the quantitative and/ or qualitative exogenous variables.

Exploratory Data Analysis (EDA) is an attitude of how the data analysis should be performed using specific set of tools, usually graphical. It is concerned on important phenomenon discovery without former prospect.

In EDA the dataset is firstly analysed due to obtain a proper model that fit them best. This procedure is mostly concern on a data, its composition, and not on a proposed model. It is also very important to say that this type of analysis depends on results interpretation that can vary in relation to person that performs it

Some traditional EDA techniques include : 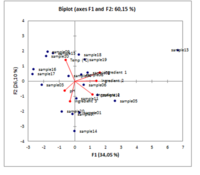 Principal Component Analysis (PCA) is a technique which allows to reduce dimensionality of a dataset and pattern examination using graphical representation of variables and observation. The most important information from the data set can be extracted. PCA introduce new variables called principal components or latent variables which are combination of the original variables

Since in most of the chemical measurements for one sample number of measurements can be performed the multivariate dataset is obtained.

Very important topic, in case of the multivariate datasets, is their processing, including relating data among the measurements, prior to data analysis. From the experiment the raw data are obtained, they are subjected to additional pre-treatment that converts them to the representation which is about to ensure easy access to characteristic features like for example: m/z ratio, retention time, intensity etc.

Our research area does not just cover the handling of a huge amount of data, such as done by PCA, but also the validation of multi methods that needs new strategies for robustness testing and optimization Statistical execution of analytical tests is one tool that can be utilized to meet this requirement. Besides typical DOE screening designs mainly Central Composite Design (CCD) are utilized such as, for the validation of LC-MS/MS multi-method .

Capillary zone electrophoresis is a tool in the analysis of ionic sample components. However, the restricted sample load capacity and the short optical pathlength using normal capillaries with I.D. from 25 – 100 µm are restricting factors with respect to the attainable LODs. 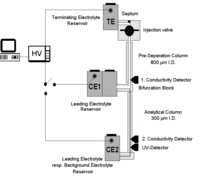 An on-line combination of Isotachophoresis (ITP) and CZE in a column-coupling separation system offers a convenient way to overcome the above mentioned restrictions. Using the inherent concentration capability during the ITP step in the first capillary is probably the main benefit of this setup. A defined segment of concentrated analytes are transferred into the final CZE separation in the second capillary. Consequently, the second capillary is made of a greater I.D. (300 µm) than in classical CZE thus providing a more effective optical pathlength for the final UV detection. Our research aims at the investigation of possible applications concerning the quality and process control of preservatives and antioxidants used in food and beverages.

One special application for such a setup is the determination of Homovanillic acid (HVA) and vanillylmandelic acid (VMA) that are end-products of the catecholamine metabolism. In case of neuroblastoma and phaechromocytoma these metabolites are excreted in elevated amounts. Analysis is done routinely by HPLC with electrochemical detection after solid phase extraction. The aim of our study was to investigate whether these compounds can be determined without sample preparation using capillary ITP. For this purpose we used an ItaChrom II instrument in the column coupling setup (J&H, Aalen, Germany).

HVA and VMA could be easily separated by ITP-ITP analysis at pH 3.4; the LODs were in the lower μmol/L range using conductivity detection. ITP-calibration curves in spiked urine samples showed a good linear correlation.

Further contribution of an ITP setup are performed in the analysis of element species mainly used in plating industries such as [AuI(CN)2]- , [AuIII(CN)4]- with the determination of [FeIII(CN)6]3-

In a similar way metal cyano complex species can be determined in different plating baths. 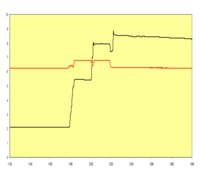 Inorganic Trace Analytics, mainly in Micrograde and SolargradePolysilicon- and Silicon Products and its Upstream and Downstream Manufacturing Products 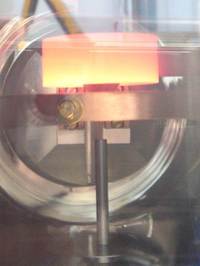 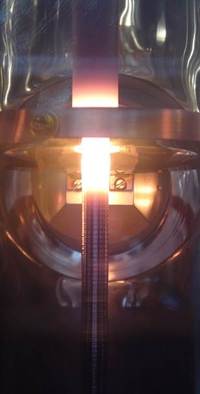 Since the 1950s, silicon, the second most abundant element, has been widely used to produce integrated circuits. Silicon is not found free in the nature, but it occurs as oxide or silicate.Crystalline, pure silicon has a grayish color and an easily formed and tightly adherent oxide; is quite inert to most acids but hydrofluoric acid (HF) readily attacks its oxide form. Silicon´s oxidation properties make it the primary semiconductor material for the integrated circuit manufacturing and for the solar cell fabrication. Single silicon crystal has low conductivity; to obtain the electrical characteristics desired it is necessary to introduce specific dopant atoms into the silicon. Oxidation and diffusion are the basic processes mainly in semiconductor manufacturing but also in solar cell fabrication these processes keep an important role. Due to increased electronic density, finer circuit patterns and the production of more efficient solar cells the performances of these semiconductors and solar wafers are greatly influenced by the mobility of metallic contaminants within the devices. The extent of cleanliness required in processing has therefore increased. Wet processing is mostly one principal step of the silicon micromachining process. Since aqueous etchings and reagents come into direct contact with the silicon material, quality-purity tests of the contaminants in these chemicals become more and more important. The drive towards the reduction of these contaminants has led to the need of higher sensitivity analytical methods to be used for the cleanliness evaluation. The importance of thoroughly cleaning silicon surfaces prior to any temperature process, oxidation or diffusion, has long been recognized. Poorly prepared silicon wafer surfaces can give rise to many local regions of imperfections. The purity of wafer surfaces is an essential requisite for the successful fabrication of very large scale integrated (VLSI) and ultra large scale integrated (ULSI) silicon circuits. Metal contaminants such as Fe, Ni, Cu and Zn, are detrimental for present semiconductor surfaces and nowadays even for solargrade material, because they spread and diffuse into the silicon bulk especially during high-temperature processing and reduce the lifetime of the carrier while increasing dark and leakage current. Dopant elements such as B, P, Al, As can shift the devices operating characteristics.However, autodoping impurities and particulate contaminations of any kind of silicon surface can have serious impact on the device performance and yields.According to the more stringent requirements for increased device performance and an improved process yield, the impurity level for metals on silicon surfaces will be driven to more and more lower levels. For the development of techniques to avoid contamination and of processes to generate very clean surfaces and bulk, highly sensitive surface analytical techniques and special designed methods have become critically important, even in the most upstream processes of polysilicon production.

Our research interest lies in the analytical method development, Quality and data evaluation of various Polysilicon-Production steps such as TCS/STC-Distillation, Tankfarm management concept and Solid Post-processing steps. The most important steps here are:

Surface-, Subsurface- and Bulk analysis of Polysilicon Chunks by ICP-MS/INAA

Method Development and Routine Analysis of TCS/STC Samples by ICP-OES and ICP-MS for Metals and Boron/Phosphorous in Different Production Steps (distillation, tankfarm)

µ-PCD Sample Preparation and its influence on the final results 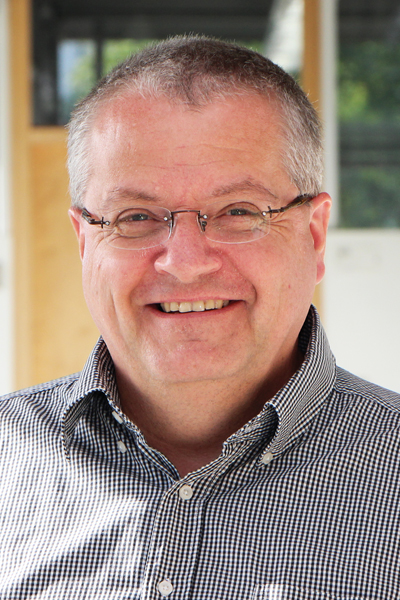