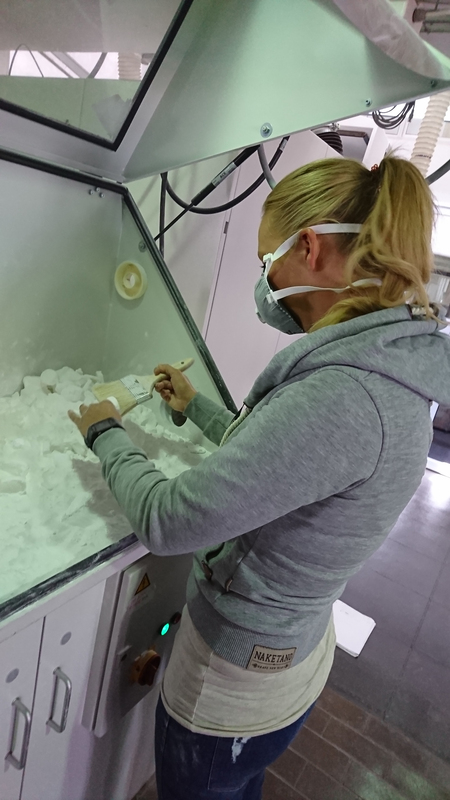 Anna-Maria Hengster is doing her last semester in Mechanical Engineering/Production and Management at Vaal University of Technology’s science park in South Africa. She got to Vanderbijlpark at the end of July and is describing her first weeks in the southern Hemisphere.

“I’m doing my seventh and last semester in Mechanical Engineering/Production and Management in the city of Vanderbijlpark in the Gauteng province. It’s in northern South Africa, 50 km from Johannesburg and Pretoria. I decided to study Laser Sintering Prototyping for my last semester in Southern Gauteng Science Park.

The first month in South Africa is over. Not to sound to cliché, but it really has pushed my boundaries and broadened my horizons. It’s a country of countless opposites. Language, lifestyles, vegetation and even the climate are all different in this country that is over 3 times the size of Germany. It’s hard to take in and understand everything. Geographically, South Africa is one of the oldest places in natural history. Historically, in the 1990’s, Nelson Mandela, who was elected the first black president in the first democratic election of the country, ended Apartheid in one of history’s newer political upheavals.

After the first weeks, I can report excitedly that the technological standards in the laboratory are neck in neck with European standards. Through this semester abroad, it’s possible for me to deepen and further my qualifications in prototyping production methods. My job is mostly scientific work with powdered PA2200, a white Polyamide, and with P100 for a machine outfit owned by the Munich-based company EOS. At this time, I’m specializing in differences in concentration between unprinted and printed materials, which serves as a basis for cost projections and has already yielded results.

I am certain that my experiences here in South Africa and the work in the science park will help me develop both in terms of career and as a person, and I’m excited to continue to do good work with my colleagues. I especially have to thank David Mauchline who is my mentor over here and Prof. Dr. Holzbaur who helped me establish contact with the science park.”