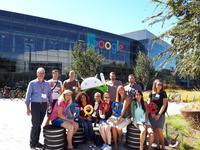 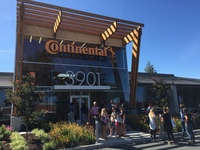 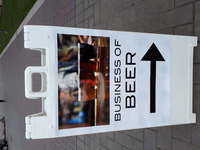 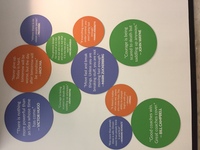 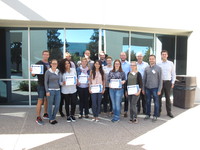 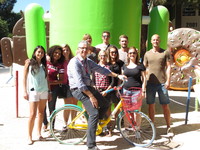 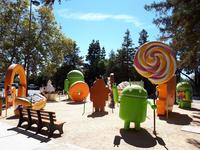 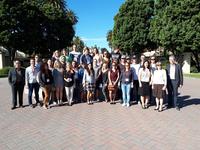 “Silicon Valley Week” is an excursion done by the Business Development master course. The students go in their second semester for a week to a start-up metropolis to get to know big and small companies, to experience the mentality behind founding a start-up, and to forge contacts for possible future employment.

This year’s goal? Santa Clara, located south of the San Francisco Bay and in the middle of Silicon Valley. From the 25th to the 29th of September, 10 students, Christian Staß and the professors Prof Dr. Rainer Börret and Prof. Dr. Harry Bauer went to breathe in some “Start-Up air.” In Santa Clara, the group met up with 15 students from the Deggendorf Institute of Technology with whom they planned and participated in the event.

The morning warm up consisted of the renowned lectures of Santa Clara University themed around innovation, marketing, branding, and storytelling, given by people like Bill Cleary, who worked together with Steve Jobs and Steve Wozniak at apple. At the end, all the participants got a certificate from Santa Clara University’s Leavy School of Business.

In the afternoons industry workshops took place where the students could put into practice what they have learned. The students of Aalen University worked for three afternoons on a “business case” with Carl Zeiss Meditec AG in Dublin, CA, and presented their results in front of the employer.

Then, they went to the globally recognized companies, one of which started in a garage in Palo Alto and through its successes, inspired numerous new start-ups to form every year.

Ebay opened their “sacred halls” to the students from Aalen and Deggendorf. Some product managers showed them through the “company campus,” as they call it internally. Most impressive were the creative workshops, which are supposed to motivate employees to give their best and have been the birthplace of many innovative ideas.

“There are cafés and restaurants everywhere on property. The employees are required to take breaks in a more relaxed atmosphere. There are also volleyball courts and football tables. It’s pretty impressive,” said Christian Staß about the Ebay visit. He added “You shouldn’t be fooled, though. There’s huge pressure and a lot of expectations for the employees. They want the best of the best.”

Aside from that, the group also visited Google, Intel and Continental. The philosophies of these companies filled the students with excitement and wonder. “While in Germany, workers are afraid to do something wrong and are happy to ask follow-up questions, in Silicon Valley, the culture of failure is something normal. Failure is something that belongs; it’s worse to not say anything,” said Prof. Dr. Rainer Börret.

At the end, there was the so-called “Business of Beer”. Local breweries offered 12 beer tasting stations at the open-air event. Aside from that, there was a discussion and possibility to network with employees at Google, Ebay and others. At this event, they got to exchange contact information in a more casual setting and possibly find a place for their practicum in Silicon Valley.

The founder and dean of MBD Prof. Dr. Harry Bauer is very excited about his successful experiment: “The students have put in a significant out of pocket financial contribution without knowing exactly what they would get. In the end, everyone was excited.”