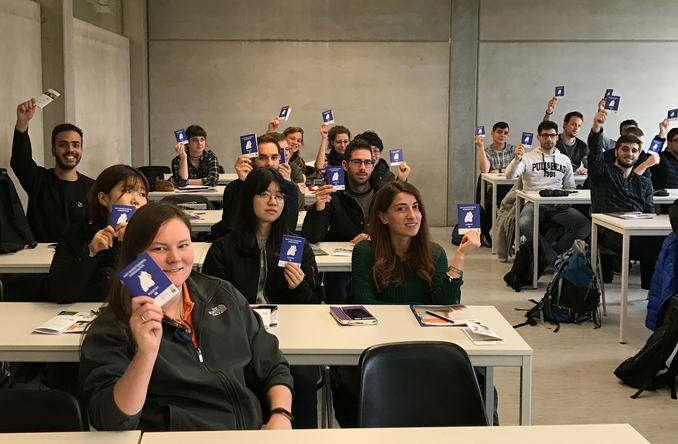 Approximately 900 foreign students from the four state universities - Aalen University, Cooperative State University Heidenheim, University of Design Schwäbisch Gmünd, University of Education Schwäbisch Gmünd - represent a tremendous potential of specialists for the numerous internationally operating companies in the highly attractive region of East Wuerttemberg. Many of them will decide to apply for a career with one of the local companies.

Students who are returning to their home country after their study abroad experience will also now be linked in a special way to the region of East Wuerttemberg. As ambassadors of the East Wuerttemberg region, on the basis of their own experiences and the possibilities offered to them, they can report on the advantages of the region on various levels such as culture, leisure, sports, but also economic strength, career opportunities and career.

This is where the Ambassadors' Pass East Wuerttemberg comes into play, which the four universities are now providing to their international exchange students. In the same way as a real passport, visas are applied to travel; students can participate in activities of the universities, cities, and regions from the areas of culture, leisure, sports, business, and professional nature, and the students collect stamps (or tickets, selfies etc.). They can then prove their participation of various activities at the end of a semester with their respective International Relations Office. The region's district administration will then hold a ceremony and grant a certificate to the students who provide at least seven out of ten proofs of participation. This certificate will state that the student is an honorary ambassador of the region of East Wuerttemberg.

Thanks to the Ambassador Pass, international students can integrate more quickly. They come together with people from the region for various activities. At the same time, a deeper bond to the region is to be created by intensifying the knowledge of the study and living environment. Cities, associations, cultural institutions, associations, and companies can support international students of the four state universities of East Wuerttemberg with a stamping certificate if necessary.

Further information on the project can be found on the project website www.tie-talents.de of the International Relations Offices of the universities.