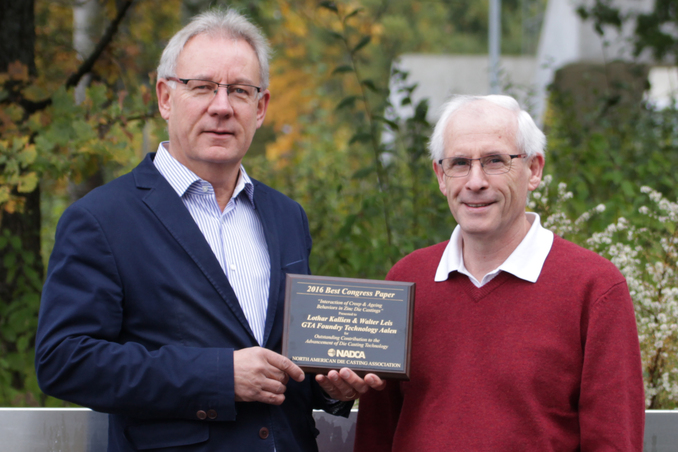 The NADCA-Best Paper Award is chosen by experts and chairman of the technical staff of NADCA. The excellent publications show a high level of technical performance and excellence in the further development of die casting.

The alloys examined include zamak alloys Z400, Z410, Z430 and the hypereutectic alloy ZA8 and a new eutectic alloy HF with high flowability. It was demonstrated that the alloy Z430 with 4% aluminum and 3% copper has the highest creep resistance.

All results are based on measured values from creep investigations of the foundry laboratory of Aalen University.