Some quotes on software architecture:

"The programmer, like the poet, works only slightly removed from pure thought-stuff.
He builds his castles in the air, from air, creating by exertion of the imagination.
Few media of creation are so flexible, so easy to polish and rework,
so readily capable of realizing grand conceptual structures." - F. P. Brooks in The Mythical Man-Month

"Software entities are more complex for their size than perhaps any other human construct,
because no two parts are alike (at least above the statement level).
If they are, we make the two similar parts into one, a subroutine, open or closed.
In this respect software systems differ profoundly from computers, buildings, or automobiles,
where repeated elements abound." - F. P. Brooks in the essay No Silver Bullet.

Some quotes on software quality:

“Quality is never an accident; it is always the result of intelligent effort.” – J. Ruskin

"There is not now, and never will be, a language in which it is the least bit difficult to write bad programs." - Anonymous

“Don’t just fix the bugs; fix whatever permitted the bugs in the first place.” – Unknown

"Debugging is twice as hard as writing the code in the first place.
Therefore, if you write the code as cleverly as possible,
you are, by definition, not smart enough to debug it." --B. W. Kernighan

Some quotes on software project management:

"The goal of Computer Science is to build something that will last at least until we've finished building it." - Anonymous

"Every hour of planning saves about a day of wasted time and effort" - S. McConnell

"I have always found that plans are useless, but planning is indispensable." - D. Eisenhower

"Trying to manage a project without project management
is like trying to play a football game without a game plan.” — K. Tate

"No matter how good the team or how efficient the methodology,
if we’re not solving the right problem, the project fails.” – W. Williams

"Planning without action is futile, action without planning is fatal.” — C. Fitchner

“Management is about human beings. Its task is to make people capable of joint performance,
to make their strengths effective and their weaknesses irrelevant.” ― P. F. Drucker

Some quotes related to inventing, research, and tenacity:

"I found him at a bench about three feet wide and twelve to fifteen feet long, on which there were hundreds of little test cells that had been made up by his corps of chemists and experimenters. He was seated at this bench testing, figuring, and planning. I then learned that he had thus made over nine thousand experiments in trying to devise this new type of storage battery, but had not produced a single thing that promised to solve the question. In view of this immense amount of thought and labor, my sympathy got the better of my judgment, and I said: ‘Isn’t it a shame that with the tremendous amount of work you have done you haven’t been able to get any results?’ Edison turned on me like a flash, and with a smile replied: ‘Results! Why, man, I have gotten a lot of results! I know several thousand things that won’t work.’" - “Edison: His Life and Inventions” by F. Dyer and T. Martin, Vol. 2, Harper & Brothers, New York, 1910. pp. 615-616. 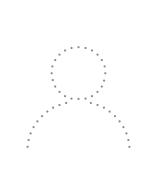